Princess Cheryl? In her dreams…

Prince Harry said "I do" earlier this week, according to Cheryl Cole's dreams. The Girls Aloud star told Marie Claire that she'd married His Royal Highness in a dream, fulfilling every girl's wish of becoming a princess, if only until she got out of her double bed 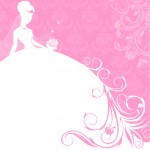 . In the interview, published April 3rd, the singer rhapsodised over the prince whose father, Prince Charles, is her partner at the Prince's Trust charity. She said: "I love Prince Harry. Actually, I had a dream last night that I married him and was a real-life princess. And Charles was my father-in-law instead of my charity partner." Her confession may seem forward, however it appears the Geordie star's admiration may not be one-sided. According to a report in The Sun on April 3rd, Prince Harry revealed his crush on Cheryl back in 2009, telling Popstar to Operastar winner Joe McElderry that he was jealous of the time Joe got to spend with Cheryl. According to dreammoods.com's dream dictionary, Cheryl's slumber-land nuptials could represent "the unification of formerly separate or opposite aspects of [her] self", specifically "the union of masculine or feminine aspects of [her] self". The singer was featured in May's issue of Marie Claire to promote her new Spring/Summer 2012 shoe collection for StylistPick.