Are you scared of the dark?

With Halloween being just around the corner and the clocks going back this weekend, here at Time4Sleep we surveyed the nation to find out how many people are afraid of the dark. We found that over half of adults are scared of the dark, even more so than children. When asked why so many adults are scared of the dark, psychotherapist, life coach and couple’s counsellor, Hilda Burke said: “I’m surprised that such a high proportion of adults are afraid of the dark. Having said that, many adults do exhibit obsessive or anxious behaviour patterns when they’re stressed.  As humans we have a tendency to ‘externalise’ stresses or worries that we’re feeling internally – so for some it might be that in a time of crisis a fear of the dark emerges as a response.   “Working with clients who exhibit such irrational fears, I try to get to the root of the issue – so it’s less about tackling the fear of the dark but more about seeing what their invisible or unacknowledged anxieties are. By ‘shedding light’ on the underlying fears and anxieties, the symptom (in this case ‘fear of the dark’) generally becomes less of a problem.”

It’s not just women who admit to being freaked out by the dark either, with a staggering 40% of men admitting to being afraid, compared with 50% of women. Surprisingly, one in five (23%) of males even said they slept with the bedroom light on, compared to just 17% of women. We spoke to Ben Hallinan, an assistant manager, who is scared of the dark. He said: “I’m not sure what triggered it, possibly a scary film when I was younger, but I’ve always had to sleep with the light on. I’ve gotten so used to it now that I can’t actually nod off without it! It was a bit of a shock to my girlfriend when she found out but she’s been really patient and understanding. She bought me a nightlight for Christmas last year so the light isn’t too bright and means she can sleep better! The 25 year old added: “I keep saying to her I’ll try sleeping without it but so far it’s not happened. Maybe it will be my new year’s resolution but with it being Halloween this weekend I’ll definitely be waiting until after then.” 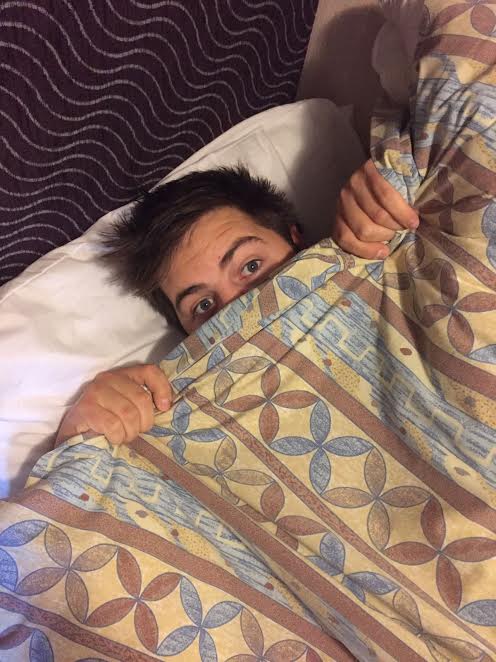 Are you scared of the dark? Tell us what you do to overcome your fear by tweeting us at https://twitter.com/Time4Sleep

One way to help you get a better night sleep is by ensuring you have the highest quality and comfiest bed available, take a look at our range of beds which includes TV beds, ottoman beds and storage beds - to ensure you get a great night sleep - even with the lights off!