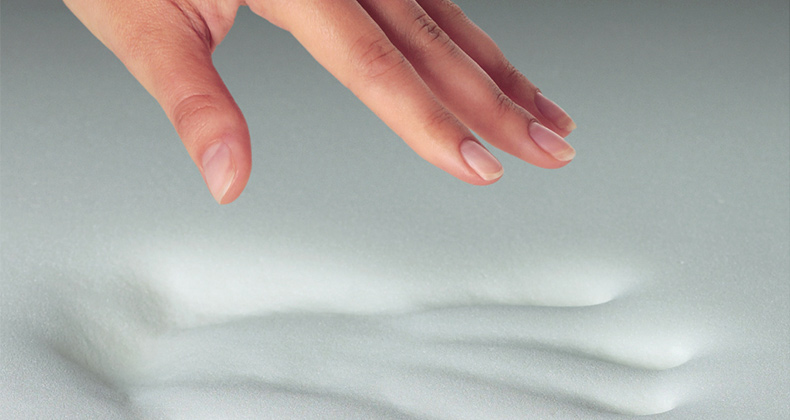 How does memory foam work?

Memory foam works by becoming soft enough to mould around a person or body shape. This happens when the high-density, low-resilience polyurethane foam reacts to body heat. When the pressure is removed, it returns to its original shape. 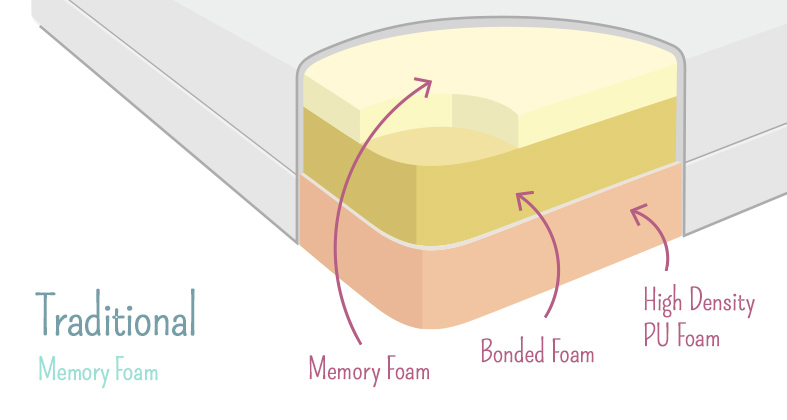 Initially used in aircraft seating, memory foam has a number of commercial and medical applications, including cushioning for shoes, prosthetics and seating pads for wheelchairs. But the most famous application is in pillows and mattresses, where its softness and responsiveness make it ideal for sleeping.

What are the benefits of memory foam?

Memory foam has also been known to increase blood circulation, as well as reducing the strain on aching joints. It's also anti-microbial, reducing the number of bugs and mites that can aggravate allergies.

What are the different types of memory foam mattress?

There are three main types of memory foam. The most widely-used are the traditional type, which has the benefits described above, but there are also air cool and gel varieties. 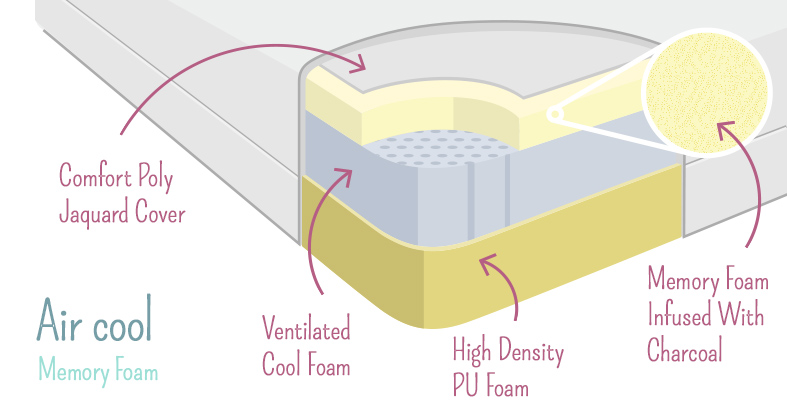 Air cool memory foam integrates a clever ventilated structure of layered foams into the mattress, which helps to dissipate the heat from your body. 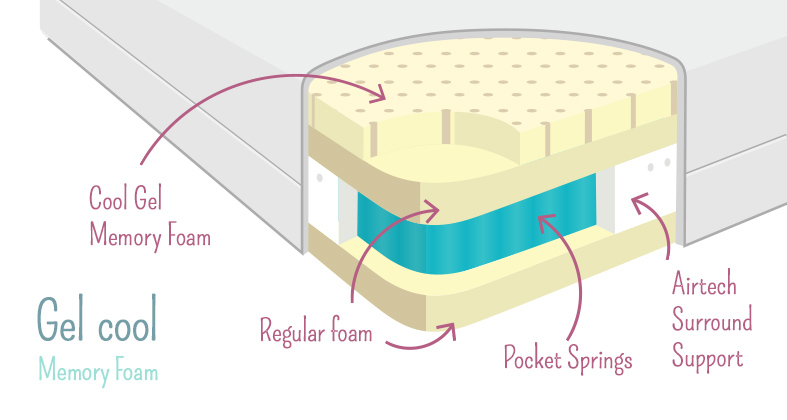 Meanwhile, gel memory foam is infused with tiny gel beads, which bond with the foam and help airflow to tackle the heat problem. It also tends to be stronger and even more supportive than traditional memory foam, stopping sleepers from "sinking" into the bed and providing extra relief for aching joints.

What do the densities of memory foam mean?

Memory foam comes in a variety of different densities. The higher the density, the firmer, more supportive and (usually) more expensive the mattress.

Density is measured in kilograms per cubic metre, although it's often expressed simply as, for example, "45kg": this means a cubic metre of the foam weighs 45 kilograms. Lower-density mattresses tend to lose their shape and elasticity more quickly, while higher densities will offer more support. Heavier people, or people with back and joint problems, will be better served by higher densities of memory foam.

As a general guide, a density of 40kg and below is considered low, while 80kg and above is considered high. Medium densities (around 60kg) are fine for most people and tend to be only slightly more expensive than low densities.

Are there any disadvantages to memory foam?

Memory foam isn't for everybody. Since it retains heat, some people find the mattresses too warm in the summer (although this could be alleviated by choosing an air cool or gel mattress). Some also find them difficult to get out of them after a night due to the "cradling" effect that surrounds their body with foam.

Some new memory foam mattresses produce a chemical smell (known as off-gassing). This smell usually dissipates if the mattress is aired out for 24 hours after purchase, while some manufacturers use special treatment with eucalyptus to prevent it.