Five Reasons You Shouldn't Share Your Bed With Your Cat

They’re soft and furry, cuter than a teddy bear, and super-lovable (when they feel like it, of course), so it comes as no surprise that research has shown that over half of all dog and cat owners sleep with their animals regularly. But what about letting children sleep with your cats? Arguably feistier and a little less intelligent compared to dogs, are there any negatives to letting a cat share a bed with your young kids? Turns out the answer might be ‘yes’. 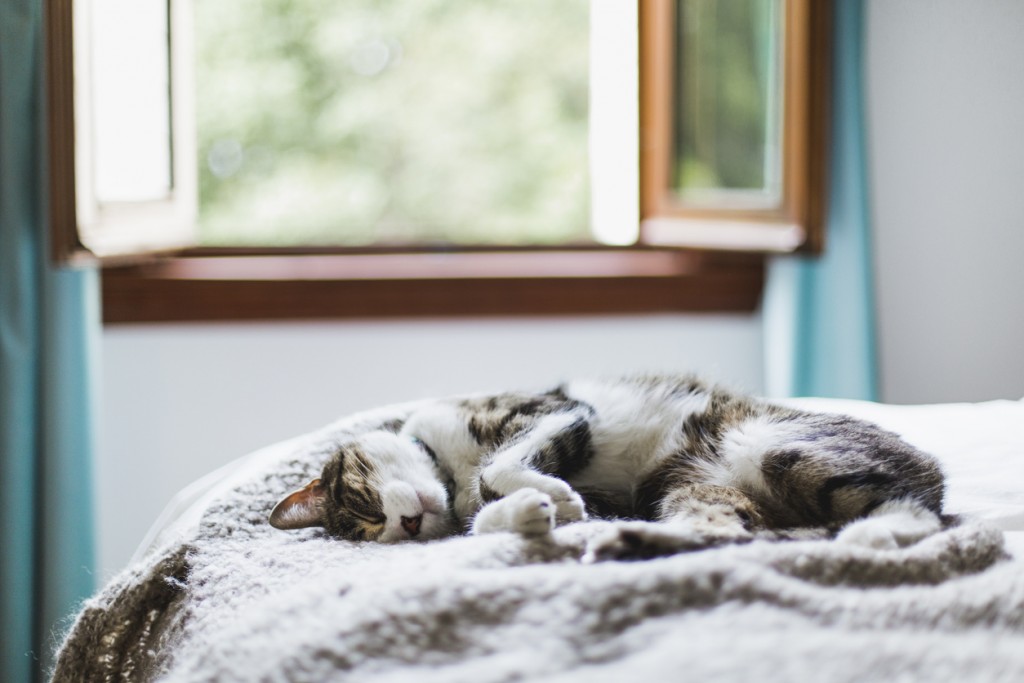 They can disturb sleep A study by the Mayo Clinic in 2002 showed that 53% of pet owners that let their animals into the bed with them had their sleep disrupted to some extent at night, and what’s more, the study found cats were far more likely to be allowed into the bedroom than dogs – seven percent snored! We all know what cats can be like. Pacing, meowing, padding and purring are all part and parcel of having a cat, but for kids especially, who are more likely to get excited when they’re woken up by their furry friend, these behaviours can have a bad influence. That being said, however, Mayo Clinic research in 2015 showed that 41% of pet owners thought their pets were beneficial or had no effect on their sleep, compared to 20% who had negative experiences with their pets. They’re nocturnal It’s a simple fact that cats are far more nocturnal creatures than humans, being crepuscular – active at dawn and dusk. Being awake when it’s dark comes from cats’ traditional hunting patterns, where their excellent night vision is perfect for skulking around after dark looking for mice and other snacks. Cats have six to eight times more rod cells (the cells in eyes that detect low light levels) than humans. This means that while your child might think they’re on the same day-night cycle as their pet, the opposite is true, and they’ll be most awake when it’s time for bed. This can lead to a cat padding at the door wanting to be let out, or prodding your child awake to get their attention! They can aggravate allergies and asthma If your child has an allergy or becomes asthmatic when they’re near cats, firstly, you probably shouldn’t have a cat in the first place, and secondly, being that close to fur for the whole of the night will make their condition worse. What’s more, if they’ve got a pollen allergy, a cat can pick up pollen from outside, carrying it on their fur, only to deliver it to your kids at bedtime. 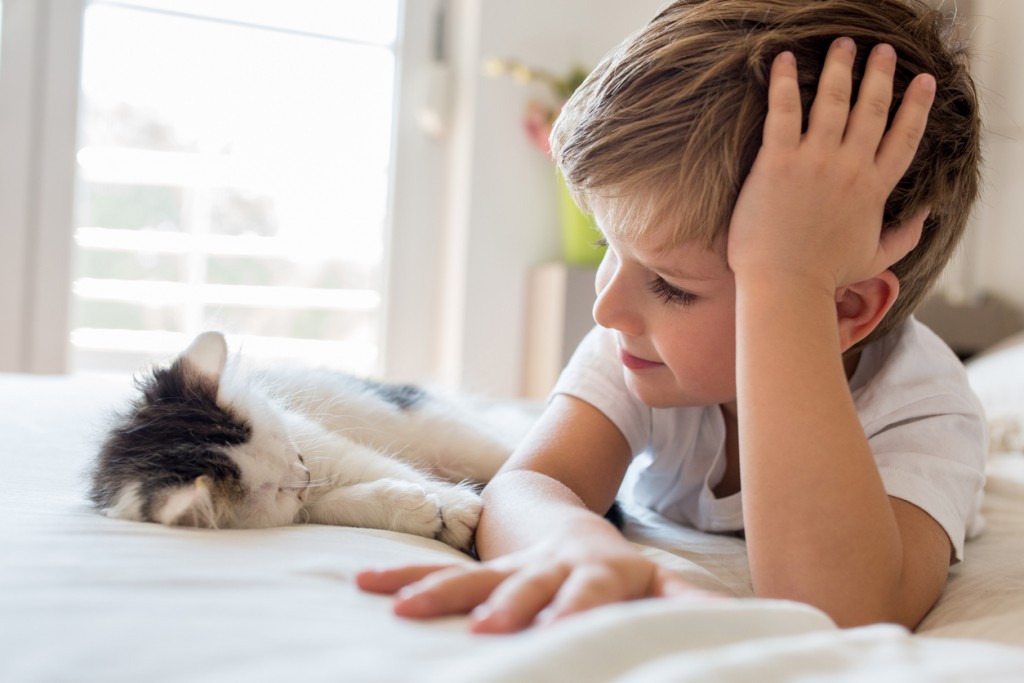 They might pass on diseases or parasites Watching your cat spending hours licking itself clean might give the impression that cats aren’t dirty animals, but the opposite can be true. If your cat jumps into your child’s bed, they could end up getting bitten by fleas, given a rash by mites, or, if they’ve mistakenly stood in their faeces, parasites like roundworms and hookworms. Cats are also known to carry infections like salmonella, rabies or toxoplasmosis. So especially if your child has a weakened immune system, it’s important to keep kitty out of their room. They could smother small children The comfortable confines of cribs and small beds are prime property for cats, but if your baby or toddler is sleeping in there, a cat could inadvertently smother them, especially if they’re large or prone to rolling around as they sleep. If you’ve got children, letting your cat share a bed with them might not be the best idea, and make sure to weigh up the pros and cons before you make a decision – cats are famously territorial and won’t take kindly to being told to leave their favourite napping spot! Images - ©iStock.com/Linda Raymond, ©iStock.com/AkilinaWinner