We all love our pooches, and having a constant companion is one of the main reasons most people choose to get a dog, but what about letting them share a bed with you? Having a cuddly critter nestled up to you or at the end of your mattress is a divisive choice, so what are the positives and negatives of letting Fido take a step up from the doggy bed? 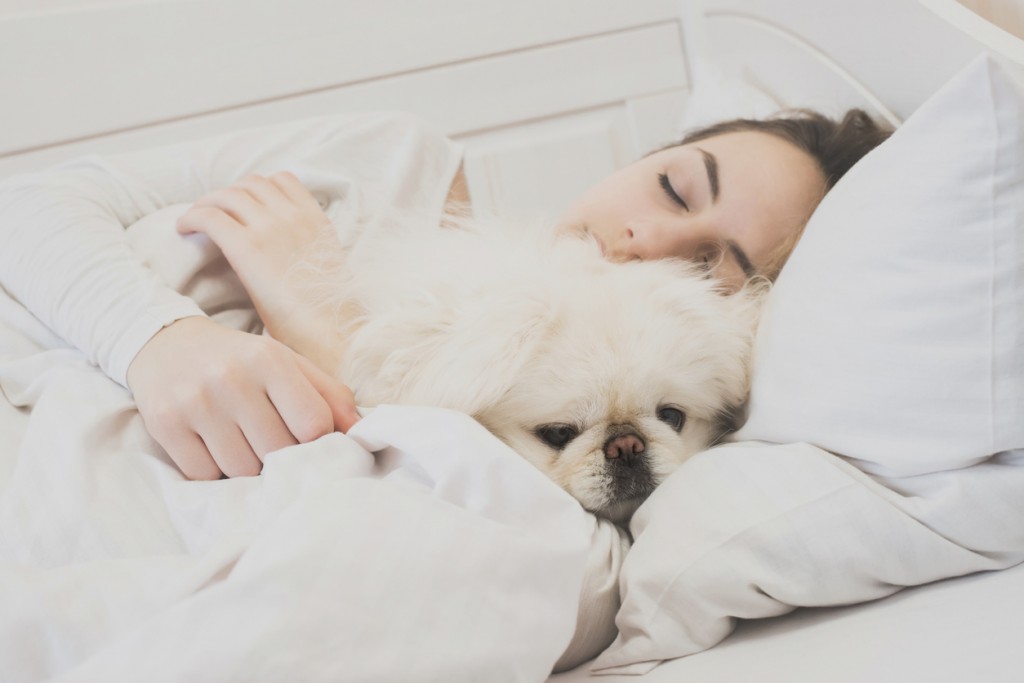 Pros There are lots of benefits from letting a dog share a bed with you, from making you feel more secure to simply warming up your duvet in the chillier months. Stress-busting There’s no denying that owning a dog can be a great stress-buster, and if they stay in your bed, they can be very calming. Dogs are warm, furry and loving, and having them there at the end of a difficult day can be just what you need to beat stress and feel good. The science proves it. Research published by Science Magazine in 2015 found that stroking dogs increased the body’s levels of the happiness hormone oxytocin. What’s more, having a dog near you while you sleep will make you feel more secure – dogs have been used as living burglar alarms for millennia, after all – and you're also likely to improve happiness levels in your pet too. It improves bonding Especially if you have recently taken on a rescue dog or puppy, sleeping with your new friend will improve the bond between you. It’s not rocket science: being up close and personal together and having the occasional cuddle will make your pet feel part of the family, which can only be a good thing. They’re warm Especially in winter, a dog can be a much-needed water bottle when the temperature drops. Having a warm bed all night is a lovely luxury, and a snoozing dog will give you just that. 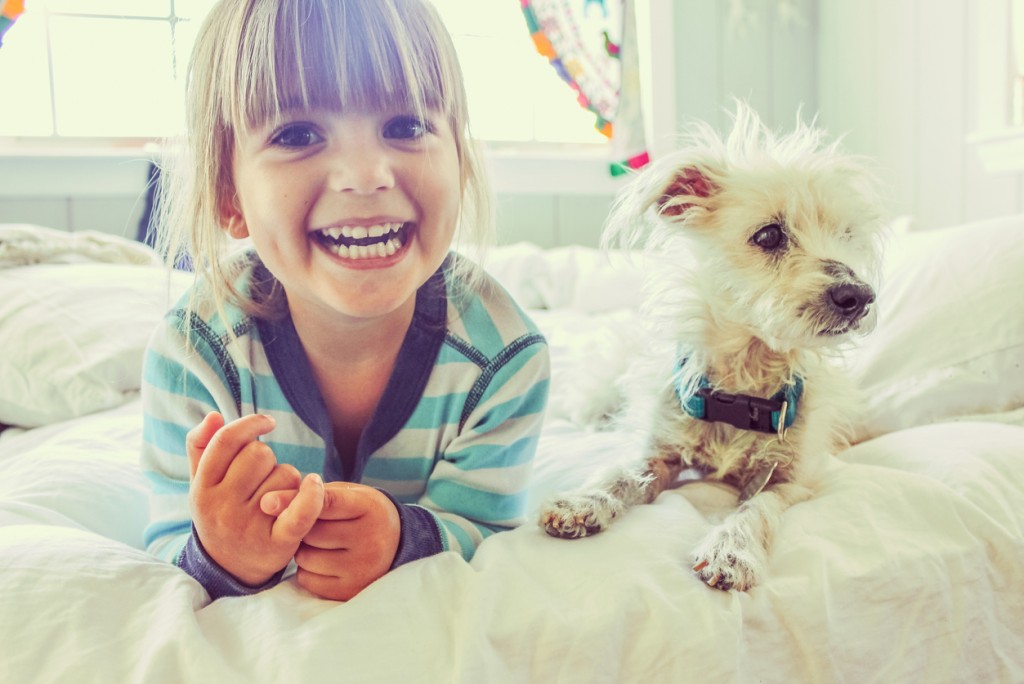 Cons While all dogs are different, there are several negatives that can manifest themselves when you let your pooch snooze human-style. Dogs can impact your sleeping patterns Some dogs are heavy sleepers, while others toss, turn and snore their way through the night. If you’re the owner of the latter and not a particularly deep sleeper, then your sleeping patterns might get affected by having your dog on the covers – you could even disrupt your dog’s sleeping pattern if you toss and turn. We’ve noted it before, but let’s not forget that a Mayo Clinic study in 2002 noted that 53% of pet owners had their sleep disrupted to some extent at night when their pet shared a bed with them. You can try to tackle this, of course. If your dog gets up in the middle of the night and starts asking for your attention, take him out of the room until he learns to sleep still. It can reinforce negative behaviours Dogs are territorial animals, and if you let them sleep with you, they’ll see the bedroom as part of their territory. When you try and remove them from your room or stop them entering – if they keep you awake, for instance – the they might end up misbehaving. What’s more if your dog is aggressive, trying to be dominant or is overly guarding, sleeping alongside you could make these issues worse, especially if you’re trying to train it during the daytime. It can make allergies worse If you have a pet allergy that you’re managing to keep under wraps, spending eight to ten hours next to your dog each night might aggravate your allergies. This applies to dander as well as other allergens such as pollen, which can find their way onto your dog’s coat during the day and be rubbed off onto your linen. As such, if you have allergies, contemplate making your bedroom a dog-free zone. It can make your bed dirty and bacteria-ridden Dogs don’t really have any notion of keeping clean, and if you let them sleep on your bed, you’ll also let them track whatever dirt and bacteria is on their paws and fur into your bed. Scientists showed this in 2013, when they sampled the bacteria in 40 homes – some of which had dogs – and found that the pillowcases in the dog owners’ homes had 42 percent more microbial groups than the dog-free homes. Increased bacterial diversity isn’t necessarily a bad thing though – exposure to a diverse mix of bacteria can strengthen the immune system. Letting your dog sleep in your bed has its positives and negatives, and at the end of the day there are benefits and pitfalls depending on what kind of person you are and what sort of dog your pet is, so it is up to you to decide if you are willing to let them share your bed. Images: ©iStock.com/Rasulovs, ©iStock.com/Lisa5201