Clostridiales, Neisseriales, and Fusobacteriales: The Bacteria That Lurks in Four-Week-Old Bedsheets

A few months ago, we conducted a survey  about the bedsheet hygiene habits of Brits, discovering that almost a quarter (24%) of us wait as long as three-to-four weeks before stripping our bed and putting some fresh sheets on. This got us thinking; what does a four-week-old bedsheet look like under the microscope?

To find out, we conducted an experiment with the help of the University of Seville's Department of Biology. If you’re one of those who leave their bedding on for a month or more, you might want to look away now…

Once we found a willing volunteer to let us monitor their ottoman bed, we put a few things in place to ensure the results were as reliable as possible. Our subject, Jess, kept to the following conditions:

- Sleep in the same bed for 28 nights straight - Never wash or change the bedsheets, pillowcases, or duvet cover

Fundamentally, we made sure Jess didn’t change anything about her nightly routine. Our experiment wanted to discover what the bedsheets of everyday sleepers have to reveal, and for this, we needed to stick to normality as much as possible. 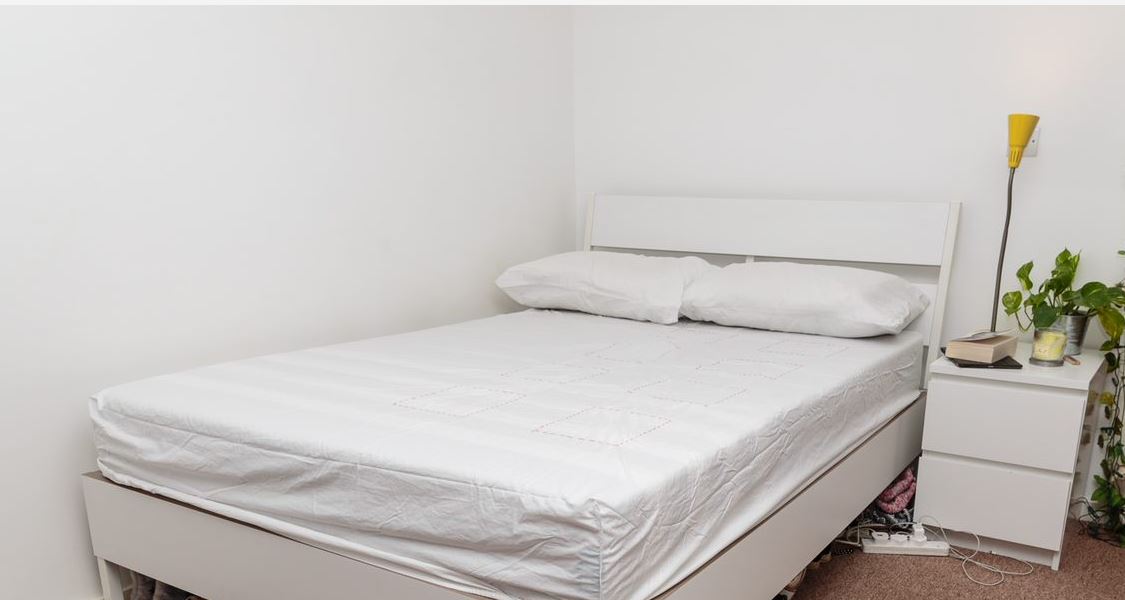 At the end of every week, we went to visit Jess armed with swabs. We collected samples from three areas: the pillow, the middle of the bed (where the torso would be), and the bottom (around where Jess’s feet rest). Each of the samples was then sent off to Biology Development Centre, where they were tested for bacteria and photographed under a microscope. What We Found As the weeks progressed, just looking at the collection of bacteria under the microscope gives a visual clue as to how our beds can quickly become a breeding ground for microbes. 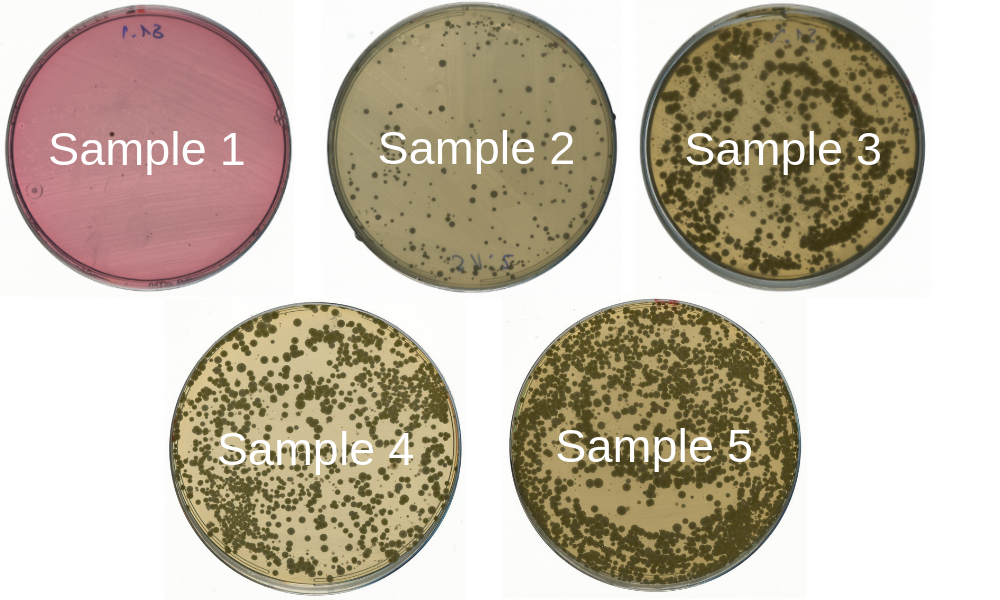 We spoke to Luis from the Biology Development Centre, who gave us a rundown of the families of bacteria he found in our samples by week four and quoting information from a research paper  published by Menninger Lab in 2013: “The family of actinomyces is the most abundant bacteria found in the bedsheets in general and these were found in the area of the feet. Members of clostridiales, bacteroidales, fusobacteriales, and neisseriales were found closer to the area of the pillowcase, although they were also common in the rest of the sheet.” To most of us, this is just a list of scientific names. When you delve into where they’ve come from, and what they might lead to, you start to get an idea of how important bed hygiene is.

As part of the process, we tracked the source of the bacteria that festered in Jess’s bed. Luis revealed some rather disturbing findings: “It has been determined that the microbial ecology of the pillowcase and sheets came from human skin, oral cavity, and stool.” Your bedsheets and pillows come into contact with your skin for around eight hours every single day. In the process, they absorb lots of the bacteria we excrete or pick up throughout our lives. If you leave these bacteria sitting around in your bed for just a couple of weeks, it can quickly develop into a genuine threat to your health.   The Dangers of Un-Washed Bedsheets Take a look into the profile of some of the families of bacteria we found (some of which were photographed by the lab in the images below), and you start to build a picture of how damaging they can be to your health. 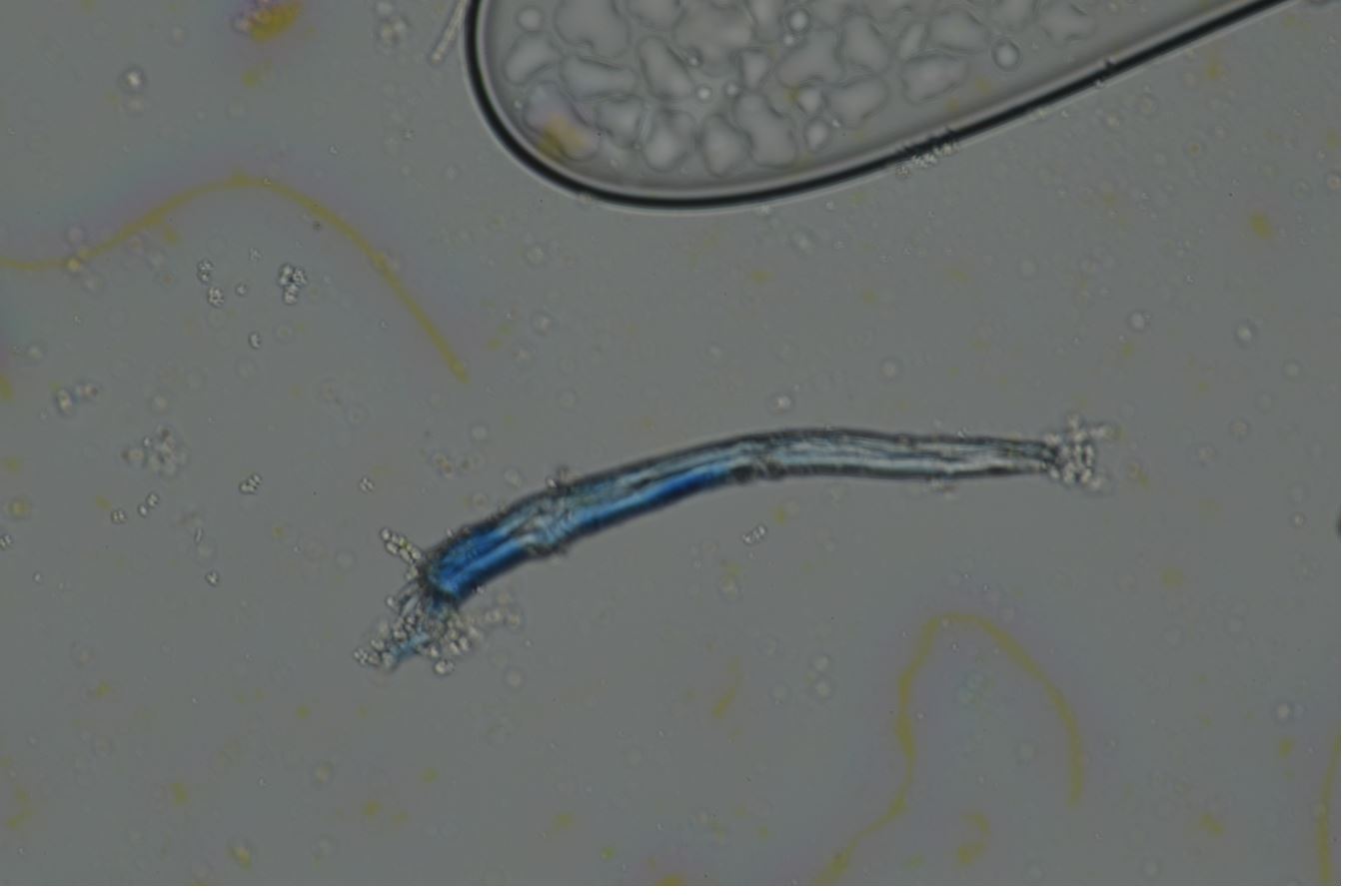 Take bacteroidetes. This particular pathogen has been known to flourish in a whole host of nasty diseases. If your body becomes infected with any of the following, you can expect a lot of bacteroidetes to be present: - Appendicitis - Cellulitis - Pneumonia The story isn’t much better for some of the other families of bacteria. Fusobacterium has been known to directly cause some diseases. Aside from things like skin ulcers, research also shows it can lead to Lemierre’s syndrome and periodontal diseases. Finally, neisseriales. Discovered by German physician Albert Neisser, this particular strand of bacteria is found in your gut (known as gut flora). It’s been known to cause diseases like gonorrhoea and meningitis. It’s not just the link between disgusting bacteria and diseases that highlights the importance of bedsheet hygiene. Luis gave us a rundown of the microscopic animals that were found in our samples: “Although in less proportion, some arthropods can be found in human beds. The most common species are arachnids (mites), although is not uncommon to see silverfish and other bugs.” If you leave your bedsheets unwashed for too long, these small organisms make a home for themselves in your bed, increasing your risk of various complications such as allergies and allergic reactions. 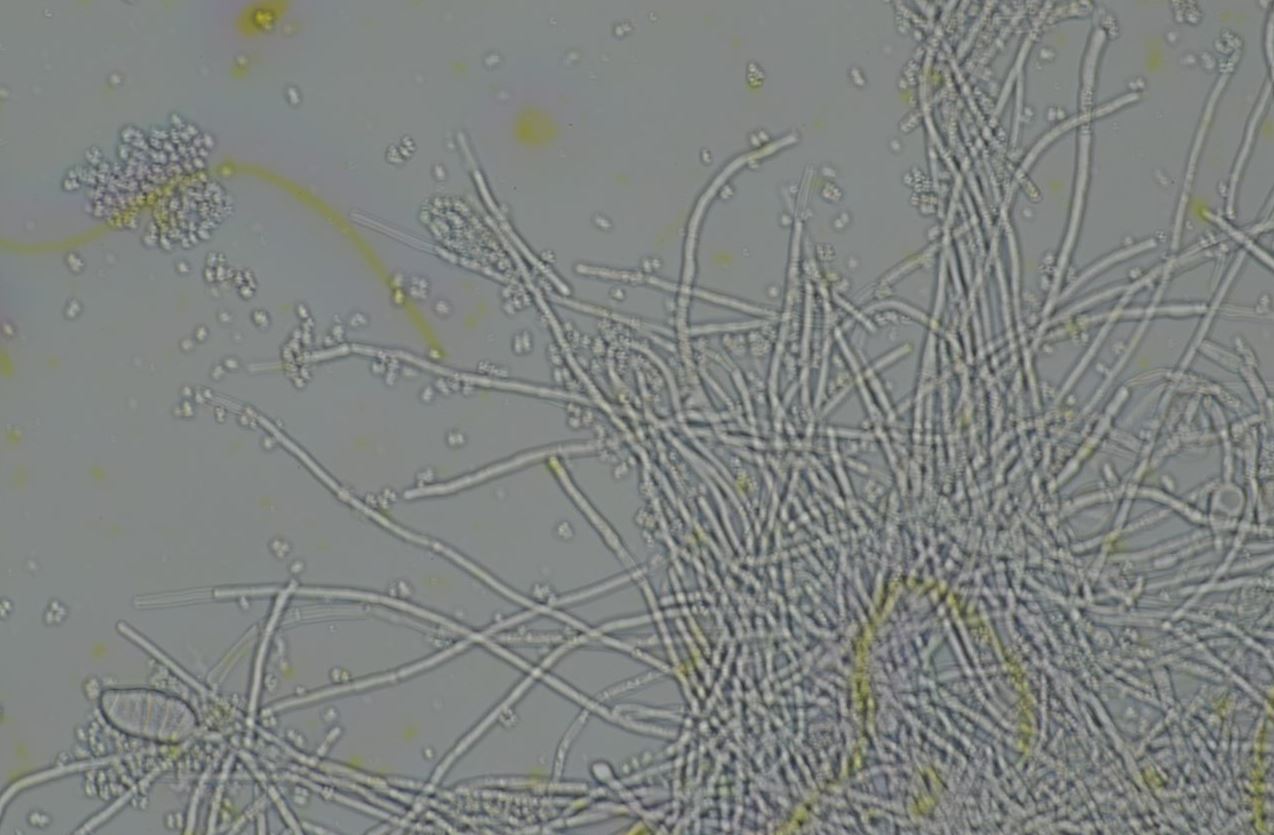 Back to the bacteria. Leave your bedsheets to fester for a month and, chances are, you’re sleeping in a more diverse family of bacteria than a chimpanzee – as Luis confirmed. “Our results also compare favourably with those published last year, which established a comparison between the microbial composition of human and primate beds. Strikingly, based on this study, chimpanzee beds show less diversity of microorganisms than those that can be identified in human beds.” The research mentioned was carried out by the North Carolina State University, concluding that human beds contain more faecal, oral, and skin bacteria than a chimpanzee’s nest. What these results reflect is how living in an environment, without taking good steps towards hygiene, can aid the development of bacteria. Studies have shown how similar the bacteria profile of a toilet seat is with other parts of the home. Naturally, bacteria are going to be transferred throughout the home, and this is only emphasised as you go about your daily routine. Given that chimpanzees change their sleep arrangements every night, the opportunity for bacteria to thrive is much less. It highlights how important cleaning of you, your home, and your bed is. How Often Should I Change My Sheets? Considering the results of the study we conducted, the 24% of Brits who wait three or four weeks to change their bedding may need to reconsider their bedsheet habits. We asked a sleep expert their recommendations when it comes to bundling your sheets in the wash. Logan Block from Sleepopolis gave us his thoughts: “Most dermatologists say you should wash your bedding every week, which makes sense considering the immense amount of time your skin spends in direct contact with it. If you skimp on the cleaning, you're literally rolling around in old skin, sweat particles, shed hair, and other icky substances that can negatively impact the health of your epidermis.” If you can change your bedsheets every week. If not, pushing up to around two weeks is fine – anything beyond that is when you start to tread into unhygienic territory. There is one more bed-related item worth considering – the mattress. You can’t just strip this off and throw it in the wash, and even with your bedsheet over the top, it’s likely to come into contact with plenty of bacteria. So, how often should you invest in a new one? This is what Logan Block had to say: “I'd recommend replacing your mattress every 7-10 years (most brands will provide you with a recommended life span for your bed). By that time, not only will the materials have lost some of their oomph, but the bed itself will likely have absorbed a lot of nasty bacteria.” Studies have found that a decade old mattress is “demonstrably heavier” than one that’s just been purchased. Over the years, the build-up of skin flakes, food particles, and fungi creates the perfect environment for bacteria to thrive. Think about investing in a new one as yours approaches the seven-year mark. Just like the clothes that you wear every day, bedsheets have extensive contact with human skin, and everything that skin picks up during the day. If we neglect to wash them for long enough, our bedsheets have become a breeding ground for nasty bacteria. With sensible, regular washing habits, you can avoid any of the unpleasant consequences of unwashed bedsheets and improve your overall health and wellbeing.